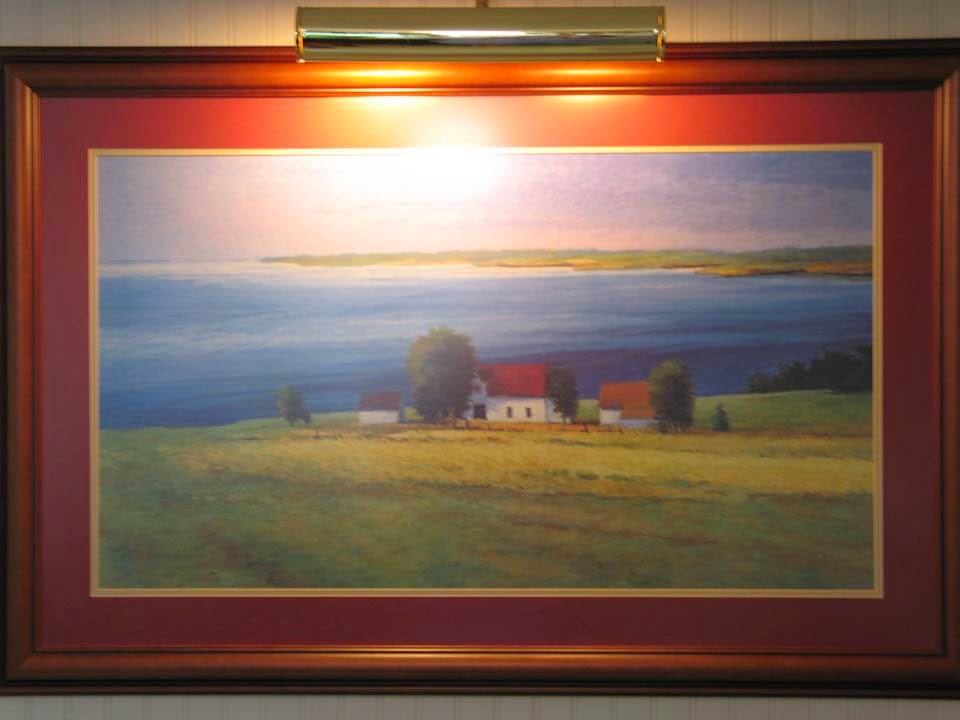 It didn't take us long after moving here to realize how close in proximity everything seemed to be and before long we were taking day trips here, there and everywhere, which eventually led to weekend getaways.  Mile after mile of coastal driving, the White Mountains, the lakes region, Vermont, the beginnings of Down East Maine (which is actually straight north, then bang a right), all within 2 hours of our home.

In 2005 we were taking a week long vacation and decided that would be the perfect time to go to Canada.  Eventually we would make two trips to Montreal, Quebec, but for our first foray we decided to head to Prince Edward Island, just off the coast of New Brunswick and Nova Scotia, about as far east as you can go by car (9+ hours away) without catching a ferry. On our return trip we planned a couple of evenings in Halifax, Nova Scotia, then a large ferry ride back to Maine.  1600 miles, 20 hours or more driving, not a weekend get away for sure!

But, back to Prince Edward Island (PEI as it's more commonly known) and back to the picture above.

While researching our trip I started pulling up online images of Prince Edward Island in order to get a sense of what would look like.  It was at this time that our picture popped up!  The exact same picture I bought Roger when in the hospital in Dallas before we even had the slightest inkling of moving anywhere.

So I started doing research and found the artist was Sandy Wadlington who lives in New Hampshire, though her profile noted that she had spent time in Texas as well.  Not having an actual address, but finding the town where she lived was quite small, I sent her a letter with nothing but her name and the town and sure enough, it made its way to her and eventually I received an email from her.

In my letter I told her how we ended up with a poster of one of her pieces and was hoping she could tell me where that specific scene was on PEI. It so happened that her original painting was from a photograph taken by her brother, but she herself had never been there.  She was kind enough to ask him if he recalled the location, and he in turn drew out a map of where he thought the photo was taken.  We were never able to find the exact spot, as we think it was on private land, but we sure had fun driving the area trying to find it.

In the end though, Roger and I were both amazed at this entire "coincidence".  Not having a single notion of moving in 1996, other than perhaps to a different neighborhood, then, due solely to the close proximity of our new home, to end up planning a vacation on PEI where our picture was based.  A picture that signified to us a very scary moment in time, but a picture that offered us both a scene of serenity and calm.

I still ask myself, "how in the world did this all fall into place"?

Part 1 of this story can be found here:  http://frontseatimages.blogspot.com/2015/01/i-call-it-kismet.html