A Treasure Trove of Fun & Adventure 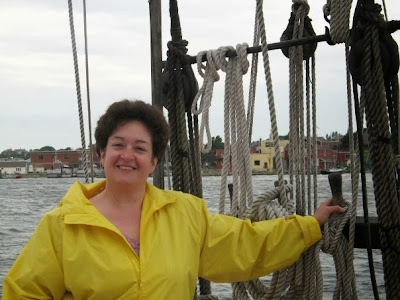 Sometimes, it takes a Street Corner

It's been a while since I've updated our blog, however, I was struck over the weekend while watching a couple argue on a street corner.

Roger and I were sipping beers in a local pub with a view of a rather busy street corner when we noticed the pair obviously in a disagreement.  She, short in stature compared to her lover, husband, or was it her boyfriend, with her arms folded, looking up at him. He, looking down at her, but without imposing an "I'm bigger than you attitude", emphatically stating his view of the arguement.  Soon there were tears, more emphatic words spoken, arm rubbing,  consolation, then hugs, then a kiss.  All on a street corner.

Just before this, we witnessed a couple in a tiff over parellel-parking. The lady was driving and the man insisted he needed to be the one to park the car.  As he was "expertly" backing into spot, (which was quite large I must say) his lady was standing on the sidewalk, again with arms crossed, emphatically stating, "I can do that!".  With the car safely parked, the couple darted across the street in front of us, spoke a few words, snatched a quick kiss, then hurried around the corner.

I told Roger that that is one of the hardest parts of marriage, settling conflict on the spot, sometimes with all the world to see.

With friends, and sometimes family, you can brush off any perceived or real misdeeds and let the dust settle gradually over time.  That's the easiest way.  However, in marriage, you can't afford to let disagreements linger as they tend to unexpectedly blow up on you.  As much as you want to ignore and move on, as it sure beats trying to find a tissue in public or fix your make-up with whatever you find lingering in the bottom of your purse, (face it, the guy never cries) but at the end of it all, and at the end of the day, you sleep much more soundly and snuggle so much more closely when all has been resolved.

Sometimes marriage is resolved on a street corner with passersby moving along and the world watching from a distance.
Posted by Roger & Janet at 10:34 AM 1 comment: