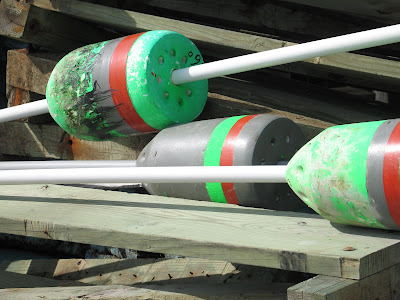 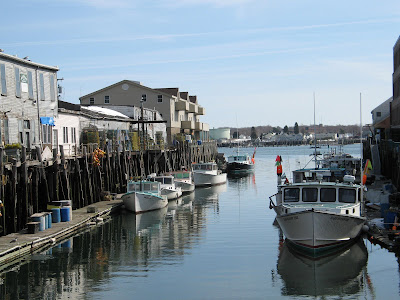 Recently Roger and I celebrated our 18th anniversary in Portland, ME. We had driven through Portland a time or two, but never had the opportunity to stop and really check it out. From what we saw though, we knew it would be a great place to spend some time.

The trip was nice, however, I was recovering from a sooner-than-expected surgery, so it wasn't quite what we had in mind, but nonetheless, it was still great to get away and relax in our wonderful hotel room and explore the very nearby restaurants and shops, if only for 2 days.

The young, vibrant atmosphere of Portland, Maine bears some resemblance to Portland, Oregon, but for the most part, that's where the similarities end. Portland, OR is large with a population of over 1/2 million people, compared to Portland, ME's population of not even 90,000. That includes the town of South Portland.

The biggest difference however is age (Portland, ME settled in 1633, while Portland, OR was settled more than 200 years later) and the fact that Portland, Oregon is essentially landlocked. I checked on google maps and the city lies a good 1 1/2 hours from the ocean. So where did it get its name? According to the ever reliable wikipedia, Portland, Oregon was actually named after Portland, ME. Feel free to read the entire story here: http://en.wikipedia.org/wiki/Portland,_Oregon#History

Back to the "original" Portland. This city has a lively working water front, be it fishermen or tourist boats, there's constant activity. The area is also rich with unique shopping showcasing local merchants and artisans. In between the shops are many, many restaurants. In the summertime, if you've tired of the waterfront or just want to rest your feet, you can catch the AA Portland Seadogs, one of the minor league teams of the Boston Redsox.

It takes us less than 90 minutes to reach the downtown area, so we can't wait to get back to really explore the area.

I hope to add more of my own photos of Portland in the future, but in the meantime check out these Daily Photo Blogs of both Portlands.

A Bump in the Road 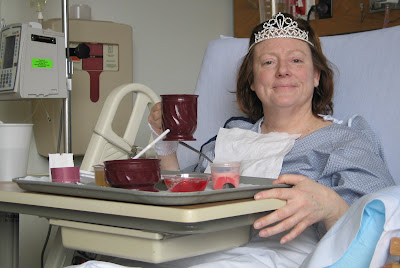 On Friday, February 20 I had emergency girlie surgery. While recovering at home, our friends back home sent me a fabulous care package complete with, you see it in the picture, a tiara! I absolutely loved it. So on March 10, when I found myself back in the hospital due to a complication, Roger brought the tiara to the hospital.