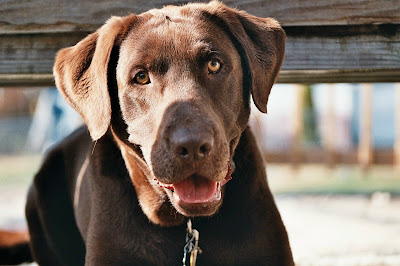 Here's the Church, Look at the People Install the New Steeple 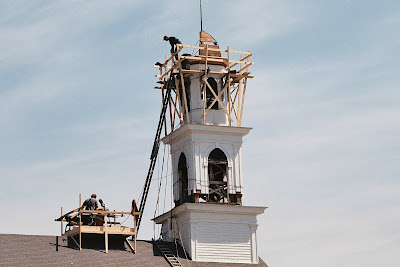 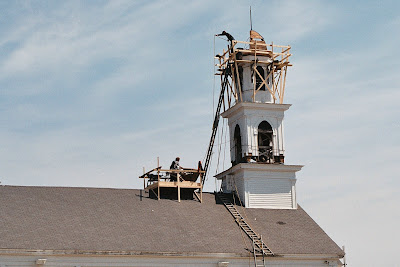 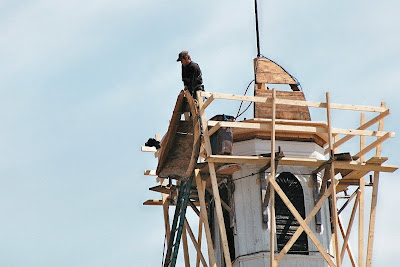 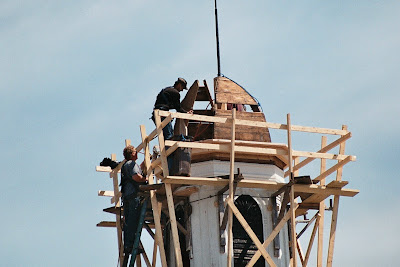 These pictures were taken in North Hampton, NH. What a beautiful day to take on such a task. The breeze was light, the sun was bright - what more could these outdoor tradesmen wish for? Click on the photos for excellent, yet somewhat grainy detail.
Posted by Roger & Janet at 5:52 PM No comments: 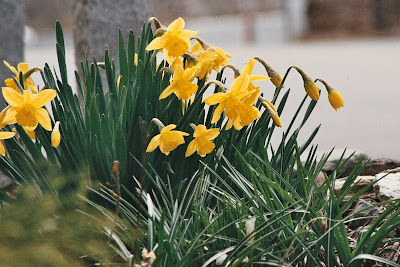 It occured to me while driving near Portsmouth, New Hamsphire that the daffodils really mimic what it's like to wait for Spring to finally arrive in New England. Spring meaning only slightly warmer than the end of winter.

When I saw my own daffodils with their droopy heads, I thought I had missed their bloom, but I realized I hadn't missed a thing. They're just incredibly slow to raise their sleepy heads, open their eyes and finally take a good look around.
Posted by Roger & Janet at 5:30 PM 1 comment: 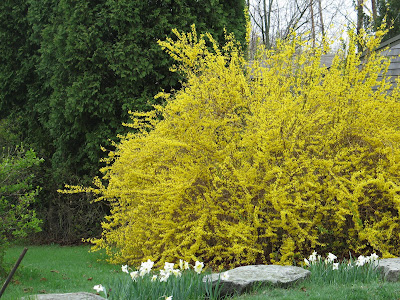 If daffodils are symbolic of the weather, then the forsythia has to be symbolic of New Englanders. It's all the best and all the worst wrapped into one out-of-control, yet, beautiful bush. Like the wildness of the branches, New Englanders are loud, brash, highly opinionated and in-your-face, always on the go looking for the next good time. But like the incredibly brilliant blossoms, they're also extremely friendly, warm, curious about strangers and very caring people, always wanting to know more about you.

So come on up and chat with those around you. I can almost guarantee you you'll be glad you did!

Please enjoy these other photos of the forsythia, which is absolutely everywhere up here! 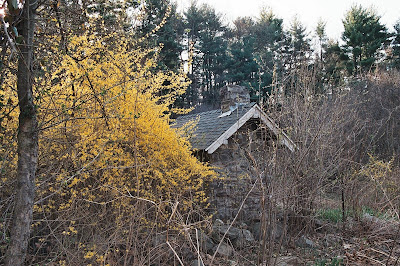 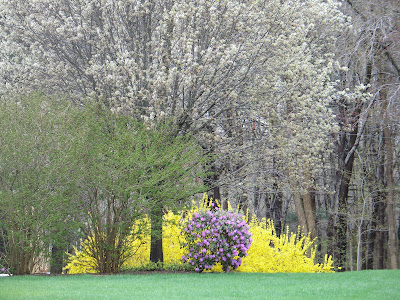 One Year Later and a Dream Come True! 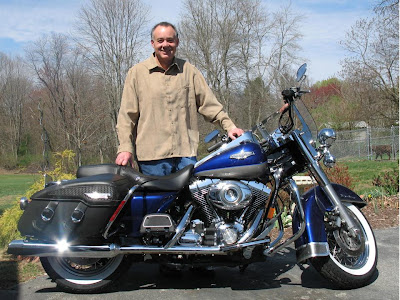 Approximately one year ago I began this blog with a birthday greeting to Roger. While I haven't had a chance to update this since March, I am surprised at the amount of content I managed to put up here over the past 12 months, some good, some not so good, some eventually removed (where's your sense of humor?!?!).

Now, another year has passed, and a another birthday has come and at long last, a brand new Harley for Roger. I encourage you to click on the picture above for a larger image of his huge smile and his beautiful bike.

Since the day we met, this is all he's talked about - motorcycles. I should say, motorcycles and Nicole. And now was finally the time for him to strap on the ol' saddle bags again after many years of being restricted to 4 wheel transportation. His back is doing very well and it just seemed like the right thing to do at this point.

But, I can't even begin to express what this has done for his spirit, except to say that it has truly soared! In fact, he went as far as to model the rainsuit he purchased "just in case". I must say, this man has never modeled anything for me in all the years we've been together. Well, there was this one instance, but I won't go into that! Let's just say it was very late at night.

So the road is indeed winding. Perfect for cruising the ocean road or forested roads or just taking the back roads to work - on a big ol' Road King Classic! And by the way, it gets a minimum of 50 mpg!

Oh, below is a photo of me trying to pass off as a Harley Chick! Gotta keep up with those gals you know! 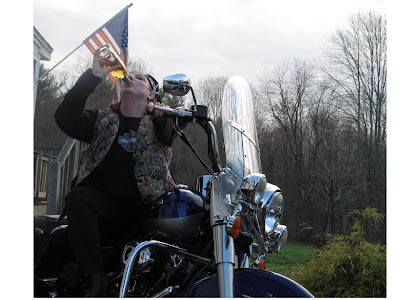