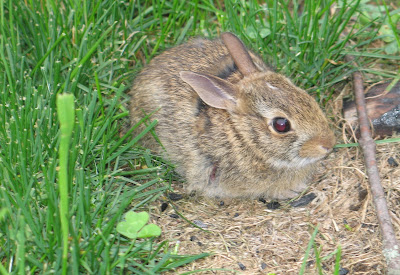 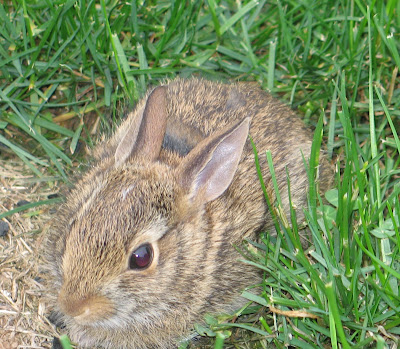 This little baby, no more than 4 inches long was about one foot from our deck. Roger spotted mom and sibling on the far side of the vegetable garden, who then immediately darted for the woods, leaving this little fellow/gal all alone.
Posted by Roger & Janet at 5:27 PM 1 comment:

This was quite the weekend in our little neck of the woods. Rarely am I up before 8am on Saturday mornings, but this particular morning I had to go into the office. As I'm getting ready in the "powder room" I see a hot air balloon off into the distance well above the horizon. I called Roger in and pointed it out to him. The balloon was so high, you could actually see a commercial jet airplane off behind it.

Not 20 minutes later as we were sitting in the living room we heard a loud "whoooosh", and then another.....Roger looked out and this is what we saw! 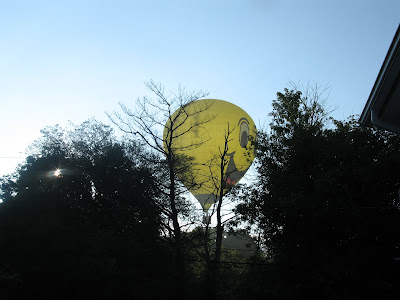 The balloon was directly across the street from us! Click on the photo for a wonderful close up! It really gives the perspective of how enormous this balloon was.

Before long the neighbors were all coming out with cameras as well. Oddly enough, we all spotted it initially from our own bathrooms. Now I understand the lower water pressure in the mornings!

Alas, we were never able to determine its final destination. 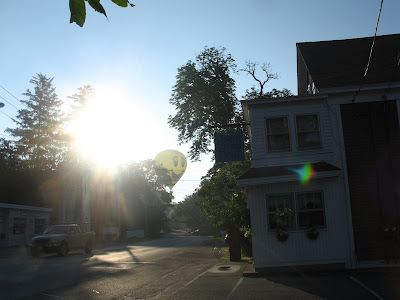 Then came Sunday morning. We found this baby Robin sitting amongst the petunias. 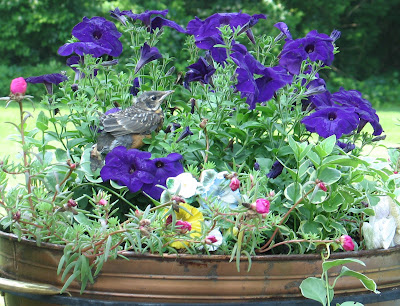 Mom was nearby for sure, so we did our best to capture the moment. Click on the picture for a real close up. Notice the little tufts of down in spots on its head.

The bird stayed there for well over an hour and would occasionally close its eyes.

Just a short time later, Roger came across this piece of a robin's egg in the yard. Could it be our little friend's former home? 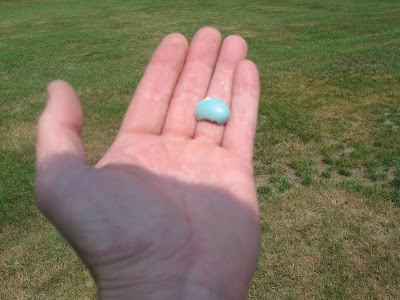 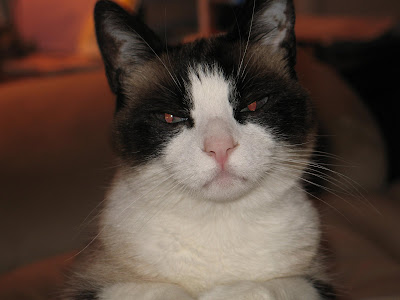 Now I just have to capture Bailey so she can say hello as well. However, it's difficult to catch her when she isn't sleeping or hollering at us!
Posted by Roger & Janet at 2:24 PM 1 comment: